Tim Pruitt earned his MA in Experimental Psychology at ASU in 2009. He is currently a candidate for his Ph.D. in Cognitive Psychology at the University of Buffalo. Tim's research interests encompass the psychological processes associated with music perception and performance. He has recently conducted and published a set of studies that examines how we use self-produced auditory information (i.e. singing a melody or speaking syllables) in both music and speech production tasks. He also recently compared musical chord discrimination in bird species such as the Zebra Finch (Taeniopygiaguttata) and Budgerigar (Melopsittacusundulatus) and compared their performance to humans. Finally, Tim is in the initial phases of developing studies that use surface electromyography (sEMG) to measure muscle activity during musically related tasks, such as singing and keyboard playing.

Tim has held an adjunct faculty position at Appalachian State, a full-time faculty position at ECPI University, and currently teaches at the University of Buffalo as well as other local community colleges. Across these institutions, he has served as instructor of record for a variety of sections of Introductory Psychology, Developmental Psychology, Cognitive Psychology, and Psychological Statistics. Additionally, Tim has earned multiple awards including a finalist position for the Robert W. Rice Memorial Award for Early Excellence in Research, the SMPC 2011 Student Travel Award, the Arthur A. Schomburg Fellowship, and many others. He credits Appalachian's program for "[providing] an essential foundation for this component of my academic career. Both the formal course offered to graduate students and the opportunities to teach Introductory Psychology were instrumental to developing my abilities as an instructor. "

Tim says he eventually hopes to gain employment at a four-year liberal arts college with a primary focus on instruction, "I hold a deep enthusiasm for teaching psychology, educating and mentoring undergraduate students, as well as working with colleagues to improve the education experience."

Tim's advice to current students would be, "Engage the faculty. They will provide the support, interactions, and encouragement that will instill the confidence and knowledge necessary to progress toward your personal goals (whether it is academic or otherwise)." 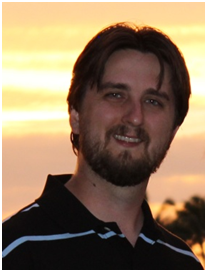 Click here to find out who is currently featured as our alumni spotlight!